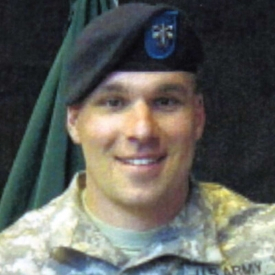 He was assigned to Company A, 2nd Battalion, 19th Special Forces Group (Airborne), Middletown, R.I., and was deployed in support of Operation Enduring Freedom. This was his second deployment to Afghanistan.

He is survived by his parents and two sisters.