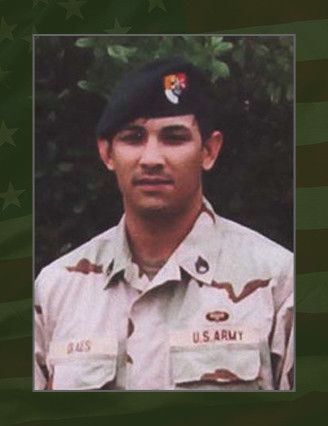 He was killed in action while supporting Operation Enduring Freedom on Sept. 20, 2004, during a combat patrol near the town of Shkin in Afghanistan’s Paktika province when his vehicle came under fire from enemy forces.

A native of Walhalla, S.C., Olaes enlisted in the South Carolina Army National Guard in 1992 and trained to be a man-portable air-defense system crewmember. He left the military in May 1998 and in 1999 he re-entered the Army on active duty. Olaes trained at Fort Jackson, S.C., to be a multi-channel transmissions system operator-maintainer as was assigned to the 35th Signal Brigade (Airborne) at Fort Bragg.

He graduated from the Special Forces Qualification Course in 2001 and was then assigned to the 3rd SFG.

Olaes is survived by his wife, Tammy, and their children, Maverick, McKenzie and Alec.