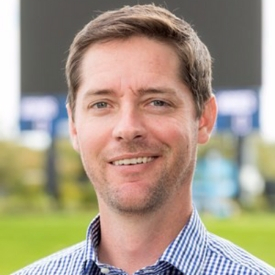 Chris Robinette is a General Partner with Arrowhead Venture Partners, a venture capital fund investing in exceptional veteran founded and operated businesses. Additionally, he is the Chief Operating Officer for a private medical practice group in Los Angeles, CA. He has several years of experience in operational and financial roles. Previously, he co-founded Prevent Advisors, a division of Oak View Group and held positions in asset management at Goldman Sachs and higher education at the University of California, Davis.

Mr. Robinette spent most of his career as an officer in Special Operations including positions in 10th Special Forces Group (ODA 0426), the Special Operations Training Detachment at JRTC, and 19th Special Forces Group (Airborne). He continues to serve in the Army Reserve in a special operations staff assignment. Mr. Robinette holds a Masters of Business Administration from the Marshall School of Business at the University of Southern California, a Masters of Public Administration from the Kennedy School of Government at Harvard University, and a Bachelor of Arts from the University of Michigan. He currently resides in Los Angeles, California.