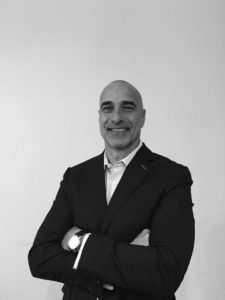 David Walker is the Chief Operating Officer for GrowthLine Capital, a veteran owned long/short hedge fund in Stamford, CT. He has 15 years of operational, financial, compliance and risk management experience as a COO, CFO and CCO of multi-billion dollar hedge funds including: Concordia Advisors, Scout Capital and Tower Capital. Previously, he was the CFO & CCO at Spruce House Investment Management, a $2.6 billion hedge fund that grew from $800 million. Dave has helped raise $960 million in external capital for past funds. He also co-founded a hedge fund with two partners raising $160 million in less than 18 months.

Mr. Walker has also served as an enlisted man and an officer in the United States Army.  He spent most of his career as an officer in
Special Operations and in light Infantry to include leadership positions in the 5th Special Forces Group (ODA 593), the 3rd Ranger Battalion and the 82nd Airborne Division.

Mr. Walker holds a Masters of Business Administration from the Kellogg School of Management at Northwestern University (2002) and a Bachelor of Science from the United States Military Academy at West Point (1991).  He is a military Jumpmaster and a VFR rated Private Pilot. Dave has volunteered for the Valley Rescue Mission, Big Brothers Big Sisters and the Wall Street Warfighters. He was previously on the boards of three non-profits: Kingsport Child Development Center, Alliance for Veterans Support and Team Racing 4 Vets.