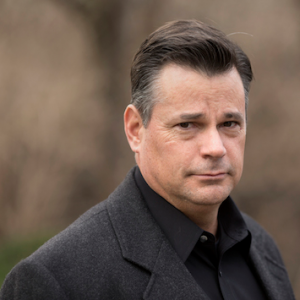 With over 20 years of experience in managing and leading complex and dynamic organizations, Jim is currently the Deputy Program Manager at Shoulder2Shoulder Inc., a multimedia solutions company focusing on lessons learned, leadership case studies and IT support of military and veteran organizations. He oversees the operation of a $5 million contract to develop and deploy a website for USSOCOM’s Care Coalition to support our nation’s Wounded, Ill, Injured and their Caregivers. He is responsible for the development, implementation and oversight of the program management plan to include the budget, launch plan, marketing, advertisement and administration of the site. He develops metrics and the means of capturing user satisfaction, feedback and usage in order to guide version updates.

Jim previously worked for A-T Solutions Inc., a Training and Intelligence solutions company working with military, law enforcement and other government entities providing services in support of security, combat and intelligence operations. Jim was a Team Leader of an element that was responsible for providing training to various organizations to include Army units to the Division level. Jim worked closely with elements deployed worldwide and academia to develop and deliver relevant and progressive training and ideas to support contemporary operations. Jim is a recognized subject matter expert in the areas of Counter Insurgency Operations, Foreign Internal Defense, Targeting, Social Network Analysis, Forensic exploitation and Intelligence operations. During his tenure he developed Programs of Instruction for C-IED Analysis, Security Force Assistance, and Attack the Network methodology.

Jim worked in positions of increasing responsibility to include SF Detachment Team Sergeant, SF Company First Sergeant, Battalion Operations Sergeant Major, SF Company Sergeant Major, and Task Force Sergeant Major during combat operations. The majority of his career has been focused on Special Operations in Low Intensity Conflict- operations that cover the spectrum of unconventional warfare to include: Insurgencies, Foreign Internal Defense (Counter Insurgency), Counter-Narcotic operations and Humanitarian Demining operations. He volunteered for Special Forces right out of Basic Training and graduated the Qualification Course in April 1985. This afforded Mr. Kester the unique opportunity to observe and participate in four wars and numerous insurgency and counter-insurgency operations. Mr. Kester focused on activities in support of the Cold War while assigned to the 10th Special Forces Group during the mid-1980s. The unit focused on Communist expansionism through the use of small wars and insurgencies. He then attended the Defense Language Institute in Monterey California to study Spanish and subsequently was assigned to the 7th Special Forces Group. He immediately deployed to Honduras to participate in operations in support of the Unconventional Warfare effort in Nicaragua and the Counter-insurgent effort in El Salvador. He participated in Operation Just Cause (Panama), and soon thereafter switched focus and participated in the earliest CounterNarcotic operations along the Ecuadorian-Colombian border. Over the next 15 years he participated in operations in Ecuador, Colombia, El Salvador, Venezuela and Nicaragua. He finished his career as a Special Forces Company Sergeant Major. He led his company into the Helmand Valley- considered the most dangerous area of Southern Afghanistan- twice. He led and oversaw activities that covered the entire spectrum of counter-insurgent activities in what was one of the most IED laden areas in Afghanistan. Mr. Kester is recognized as a SME of Unconventional Warfare and Counter Insurgent activities.

Jim is married to Amy Kester and has a daughter. They have lived in Fuquay Varina, NC since 1984. They are active in their community- volunteering at the local high school, supporting Junior Achievement events and at one time operating a small chain of coffee stores with locations in North and South Carolina.