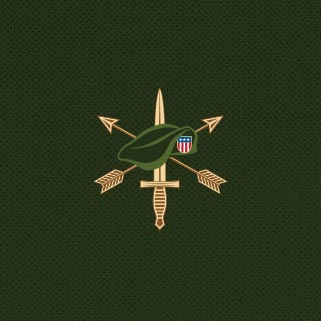 Have you read what the private sector would find valuable in a Green Beret? Are you prepared for the transition out of the military? Have you already transitioned? Read this article by Colin Nagy, marketing guru of The Barbarian Group and super Green Beret Foundation ally, discussing what will make the Next Ridgeline important for the business world.

While you’re at it, if you’re a former or current Green Beret, please fill out this survey and help the GB community!

I’ve been working on a pro-bono strategy project lately with my colleague Laura Robertson. The purpose? Help Special Forces soldiers (aka the Green Berets) transition after their service into the business world. There are plenty of other non-profits and efforts aimed at helping veterans move out of the armed forces, but there’s an especially strong match between this elite community and private sector business if we can translate between the two.

We’ve spoken to a range of transitioning Green Berets, those who have successfully launched business careers, civilian recruiters, as well as the staff of charitable foundations focused on transition. We’ve also immersed ourselves in the training, culture, structures and most importantly, the type of thinking taught to members of the Special Forces regiment.

First off, we determined there’s a significant branding issue that the community faces. The Special Forces (often referred to as “SF”) community exclusively refers to the Army’s soldiers focused on unconventional warfare and foreign internal defense, among other areas.

Other branches and are grouped under the “Special Operations Forces” moniker (and include Navy SEALS, Airforce Pararescue, Marine Force Recon and several others). The two names are often confused, even by the likes of former Secretary of Defense and past CIA Director Leon Panetta in a 60 minutes segment.

However, due to the high visibility of these other groups, there’s a lack of understanding among the general public about what the SF community knows and brings to the table. US popular culture tends to focus on the direct action/door-kicking stuff of action films and slightly less on those with the skills of battlefield diplomacy and nuance.

This world is often less cut and dry, with more time spent on the ground and among communities. It’s less “get in and get out” as it is full on immersion, teaching, living by wits and building networks. But these skills are undoubtedly why the Special Forces community are some of the strongest candidates to transition into the business world and make a big impact.

Our research and conversations unearthed a lot of useful information about how these individuals are taught to think and operate in highly uncertain situations.

According to Army recruiting information about SF:

SF, commonly referred to as Green Berets, are strategic, multipurpose forces capable of rapid response to various contingencies throughout the world. Their mission is to organize, train, equip, and direct indigenous forces in unconventional warfare and foreign internal defense.

The roles are many, but one of their core competencies is linking up with foreign forces, training and instructing them, and accomplishing missions. As a lot of this is happening behind enemy lines, there’s a required level of cultural sensitivity, as well as the ability to operate with a tremendous amount of ambiguity. To lead without formal authority, nurture relationships, and conduct battlefield diplomacy in some of the meanest parts of the world raises the question of what these guys could bring to a high performing business environment.

On missions you’re usually working with less than half the people you’re supposed to have. In Afghanistan, I was on a split team of 3 guys, isolated, in a really remote location. Our fuel and food were dropped in by a helicopter. My only connection to civilization was a radio. Yeah, you had to solve every problem on your own.

We also heard an anecdote from a transitioned SF officer, now working in finance, about how creative thinking saved the day in a less-than-ideal situation on a trip:

The Special Forces guy carved out this funnel out of this Coke can, after he recognized what the problem was […] and it worked awesome. And Joe [civilian business leader] nudges me with his elbow, ‘master problem solver.’ ‘Joe — would you hire that guy?’ ‘In a heartbeat.’

Throughout the selection process to begin training, the arduous qualification (“Q”) course where they learn their specific specialties (comms, engineering, medical, etc) and finally during their time on a team, or ODA (operational detachment), SF soldiers are taught and have to hone attributes including teamwork, sacrifice, intellectual curiosity, cultural sensitivity as well as communication. They also need to figure out how to solve problems without a lot of direction and in highly uncertain circumstances.

Thanks to Colin Nagy and The Barbarian Group for their invaluable support of the Green Beret Foundation and Next Ridgeline!